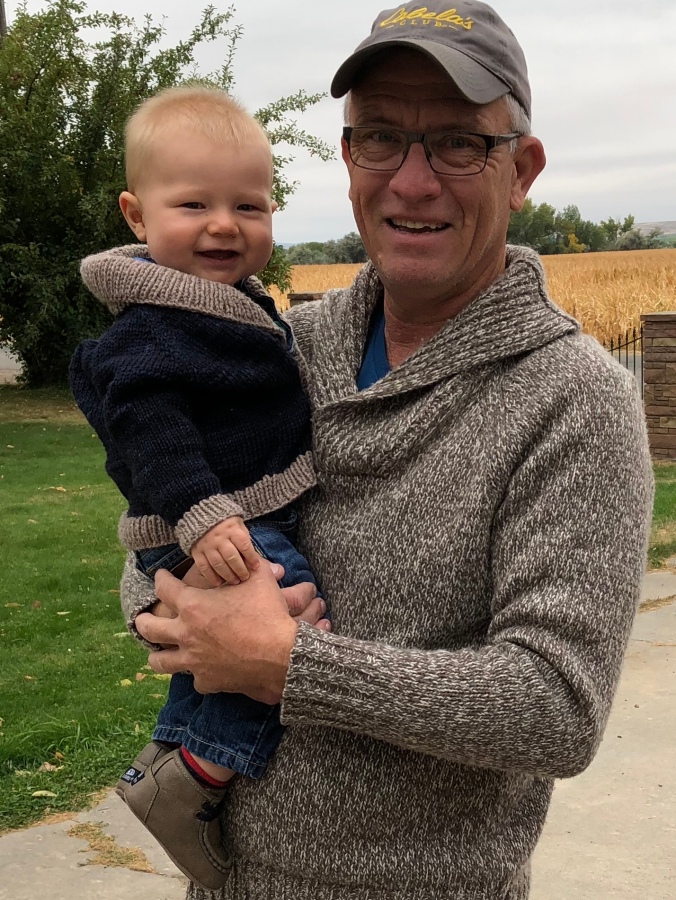 Isn’t this the cutest baby cardigan!  The pattern is even cuter.  I was in a hurry and left off the elbow pads and pockets.  Here is the link for the Gramps Cardigan

Henry turned 8 months old last week.  He doesn’t even know how to crawl yet.  He’s at that stage where babies learn to get up on their knees.  He looks like he should be helping his Dad operate one of the heavy equipment machinery that he operates for his concrete business.  He is such a big baby.   My son, John, was always a big baby, top 95%, but Henry has got to have him beat.

Funny side note here,  I hope it doesn’t embarrass Bailey, but it was charming and cute.  It was discovered that Bailey thought that Len was coloring his hair grey on the sides by using “A Touch of Grey”.  All these years, she believed that he colored the grey part of his hair grey to look distinguished.  It wasn’t until this visit she learned otherwise.

This is Len when I met him.  He was trying to hide the grey side walls here.  Isn’t he handsome….  We were crazy about each other from day one.  Henry, his grandson, has his beautiful blue eyes. 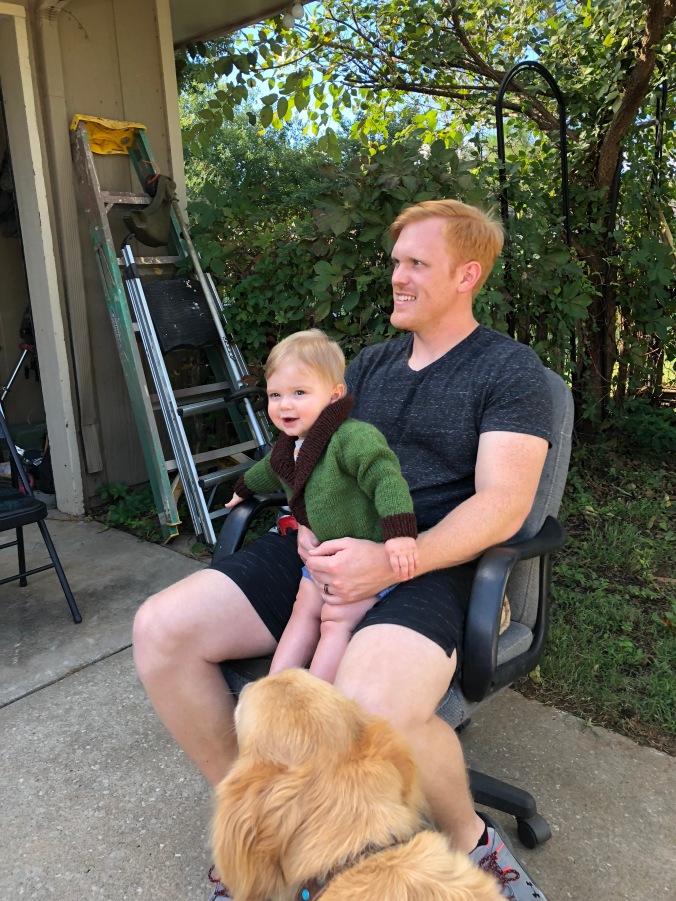 Luke has a Gramps Cardigan too.  This was fresh off the needles and I still need to sew the buttons on to be finished.  I’m going to give him the elbow pads and possibly the pockets.

We sure did miss Luke.  He gave me such affection when we got home.  He leaned his face into mine and gave me one of those wide mouthed, tongue out, wet kisses…allll over my face!  Then hugged me some more (and I was wondering if he would forget me).

Have a great week.

One thought on “Baby Gramps Cardigan”